Tiny Gods slot game, developed by Microgaming, is one of the most-awaited and flagship products by the technology company Microgaming. 3 Tiny Gods, a unique online slot game is based on the ancient Egypt theme that clearly stands out. In this slot review we will discuss the 3 Tiny Gods RTP, Variance, Paytable, Bonuses, Look & Feel and more!

Where can I play 3 Tiny Gods slot machine online?

Below we selected the best certified and licensed slot sites where you can play 3 Tiny Gods.

Microgaming has introduced 3 Tiny Gods as an addition to its ever growing online casino and gambling collections. So far, it has recorded positive reviews from its customers and partners. These online game shows promise and are an additional feather in the online slot industry.

Microgaming, the creators of 3 Tiny Gods, is a privately held software company headquartered in Isle of Man. It is also to be believed that Microgaming had developed the world’s first true online casino in 1994, paving the way for an online gambling revolution. Recently, in 2016 Microgaming came up with VR based roulette, using Oculus Rift for its consumers, taking another step forward by combining technology with the true essence of gambling.

This online game is a thrilling and adventurous platform, which is more than just an ancient themed online slot game. Microgaming has created this game in high definition, filled with vibrant graphics, colors, and high-quality animation.

Prizes up to 5000 times your stake can be won with 30 active playlines features on 5 reels, which at its maximum level can be 50.00 wagers. Another aspect to be noted about this online slot game is a bit harsh average hit frequency, which hovers around 24.22%. So, it can be argued that this online slot is not the most generous game around when it comes to the payout regularity. However, it compensates these challenges by including powerful Wild symbols which increase the odds of hitting winning combos.

Few of the noteworthy aspects of 3 Tiny Gods, which play a key role in differentiating it from other existing online slot games:

3 Tiny Gods, is set in an adventurous and thrilling time of ancient Egypt. The theme is followed by the characters of the mentioned era and developing them as attractive as possible. Microgaming has done its research about the preferences of smaller characters and has implemented this online game, as it can be seen in ancient Egyptian era online slot games.

Ancient Egyptian era is something that can be quite common in the online slot gambling industry. However, it has set itself different from the existing online slot games by introducing top paying and feature symbols such as pharaoh, Anubis, Horus, Cleopatra, and Bastet, which has helped 3 Tiny Gods in making the game more interesting, engaging and interactive.

By introducing new features, visualization, and high-quality graphics, Microgaming is proof of the modernization of technology in the online slot gaming industry.

Graphics of 3 Tiny Gods by Microgaming is in complete sync with its theme of ancient Egypt. The promising online slot game is stuffed with high-quality graphics and adventurous sound effects. The creators of this online slot game have put a great amount of effort and skills while developing the graphic and sound effects.

Up to date animations and vibrant sound effects can be noted by any consumer while playing the game. The game is set in the Egyptian era and the characters developed in the game do justice to timelines it was purposefully set in. It has captured the culture of kings and queens in a similar way.

The reels are populated with high-quality graphic characters and animations around it. Same effects can be noticed by the sound. It helps to keep the consumer engaged and dwelled in the effects of this online slot game.

One more thing to be noted about the Graphics and animation of this game is that this game has been developed in 3D format. Which means, while playing, players get the feeling of being alive in this Egyptian era game. All the characters and animation of the game have been captured with tremendous graphics. 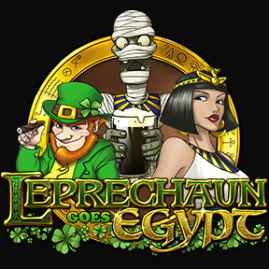 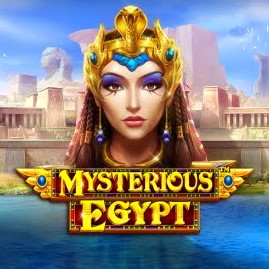 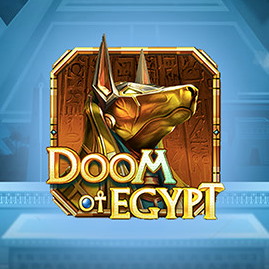 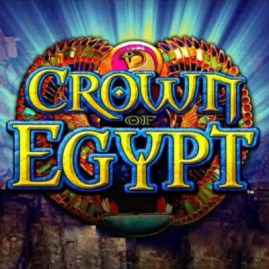 3 Tiny Gods is advancement over the existing online slot games. And what segregates this online slot from the rest of the competition is:

The Wild symbol is actually the highest paying symbols in the 3 Tiny Gods Paytable. It pays out 3.000x for 5. The Wild also substitutes for all main symbols.

This is one of the unique features of this game. Bonus icons are useful for obtaining free bonuses, appearing alongside the trio of reels. Another name for this feature is ‘Wrath of Anubis’.

By shuffling of icons, these features give players a real shot to hit the winning combination, disguised as mystery icons and the gift of Bastet. This feature has a function where horus is disguised and keeps the game exciting throughout. It also provides a surprising shot at winning to the players.

During the spinning in the base game, random symbols of stacks of the coin might appear. Landing these coins may lead to winning one of the game’s three jackpots.

Players have the opportunity to buy 8 Free Spins for 75 times the stake.

What are the 3 Tiny Gods RTP & Variance?

The 3 Tiny Gods RTP is estimated at 96.40%. Which is above the iGaming industry’s average.

So what does this 3 Tiny gods RTP mean? RTP stands for return to player. For example, for 3 Tiny Gods, the Return to Player is approx. 96.40%, that means a player can expect the game to return £0.964 for every £1 over a period of games. Of course no single player will see these exact returns. RTP Values are average numbers claculated over all players playing 3 Tiny Gods Slot online all over the world.

Generally, the average RTP of other online slots lie form 92% to 96%. That means, 3 Tiny Gods, provide above average returns to a player.

The 3 Tiny Gods Variance is Medium.

What symbols to look out for in the 3 Tiny Gods Payable?

Before even initiating the game, players can access the paytable of 3 Tiny Gods from the menu on the bottom left. Symbols such as Pharaoh, the Queen, Horus, Anubis and Bastet are among the high paying symbols and can lead a player to huge wins such as Jackpots and good RTP.  And out of these symbols Horus is the highest paying feature, bringing 240 points if it appears 5 times on the winning line. The Queen, second highest after the Horus, will bring 300 points if it matches 5 times on a payline. And the winning combination is when 5 pharaoh symbols appear on the payline.

In this online slot game, special symbols are also inclusive of Wild, Scatter, and the eye of Horus among the winning symbols.

The menu option also allows players to setup up to 100 auto spins and set their stake amount through it as well.

30 active paylines feature on the 5 reels. And a strong combination of the symbols gets a payout irrespective of their landing positions.

There are 30 paylines in the 3 Tiny Gods Paytable. Check them out below,

3 Tiny Gods: How to Win/ Strategy?

The online slot gaming industry has been maturing with time. Now, it has become more than just a dumb luck game, it has evolved into an industry which requires skills, research along with some sprinkles of luck. We have broken down the winning strategies into few categories as mentioned below:

Understanding the online slot gaming industry could be complex at first. So, it is necessary to practice on the mock platforms before investing real money on the slot gaming platform. There are multiple mock platforms available where a player can leverage their skills and be ready for the actual betting.

It is critical to understand the rules and regulations of each platform. For example, in 3 Tiny Gods, it is important to keep an eye for the random jackpots that might appear in the form of stacks of coins. To make the most of it, a player needs to be aware and take every step while practicing caution.

The platform needs to be genuine in order to prevent a player from scams.

Read player reviews, understand the rules and then devise the strategy of any online slot game such as 3 Tiny Gods. It is critical to be familiar with the rules and have them at your fingertips before investing any money in any portal. This can be a game-changer.

Unfortunately, it is common in the gambling industry to have challenging days. It is important to decide a stop loss amount. Always, start slow with smaller amounts, until a player understands ins and outs of the game. Then, gradually increase the amount you are willing to bet. However, in any situation it is advisable to have set aside a budgeted amount.

When it comes to the slot industry, a player must know a time to exit. An exit is important, even in the case of profits. Being greedy in this industry could cost a player a lot. Know the timings and be self-aware.

Final Verdict of the 3 Tiny Gods

3 Tiny Gods is a further step for the online gambling and slot industry. next gen graphics, sounds, and animation are part of the package. The game promises a high Return to player percentage i.e. 96.40%. The interesting aspect about this game is that it is setup in the ancient Egyptian era which gives it an amazingly classic look. With 3D animation, the game promises to be highly engaging.

It still is further away from the best, but it compensates with high paying features and symbols, a random jackpot, and an excellent RTP (Return To Player). One thing that stands out here is the ‘big bonus game’, which requires a player to first collect coins next to the symbols. This feature has the potential of rewarding a player of up to 5,000 times the initial stakes.

Overall, It is refreshing to be a part of the game while playing set in a classical and timeless era.

Every game comes with certain strengths and weaknesses. Let’s explore them:

FAQs about the 3 Tiny Gods

Microgaming technologies are the creator of 3 Tiny Gods. Microgaming is among the leaders in the online casino industry and slot machines.

Absolutely! The 3 Tiny Gods are available for desktop version and mobile version and tablet version.

There are multiple free online casino platforms, where you can play without even registering yourself.

No, you need to bet money before you can start earning back when you win.

Absolutely, when you play 3 Tiny Gods online you may get Free Spins to increase the odds of your winning. 3 Tiny Gods also provide a random jackpot feature. So, make sure you keep an eye on it.

The 3 Tiny Gods RTP has been theoretically estimated at 96.40 percent. This is just above the industry average of 96. At Play Real Money Slots we always try to play online casino slots with an RTP value or 96 percent or higher.

The 3 Tiny Gods Variance is Medium