If you are fond of rare slot machines with extraordinary features nothing can outdo the unique Gems of the Gods slot. The Push Gaming title brings to life the ancient Greek mythology with heavenly abodes set high in the clouds. The game is all about gems that come in different hues and vanish after showering riches on the players. The low-variance game has a tempting RTP rate of 96.55% and features some of the best bonuses in the history of slot games.

Play Gems of the Gods Slot For Real Money Online

Where can I play Gems of the Gods slot machine online?

Below we selected the best certified and licensed slot sites where you can play Gems of the Gods.

Basic Slot Details of Gems of the Gods

Developed by Push Gaming, Gems of the Gods is a 5 reel game with 5 rows. Push Gaming has made the slot machine without any spinning reels and paylines. The game only features cascading symbols that fall from the top to land one above the other. Symbols reward payouts if 3 or more of a kind occurs one after the other, either horizontally or vertically.

Push Gaming is popular for designing some of the best slots with cascading symbols such as Jammin’ Jars. But Gems of the Gods is one of the earlier releases, which was published in 2016. Over the years, the game has become one of the top-ranking casino titles that behave more like a puzzle game than a slot. Even though the title is quite different from the conventional slot machines it has some of the iconic features of a slot such as sticky Wilds, Free Games, and multipliers.

Gems of the Gods Video Slot: Heavenly Theme and Story

As the name suggests, Gems of the Gods is a slot where you get to deal with lots of precious gems. Even though it has a jewel theme, the events in the slot occur in the ancient Greek world. In the background, you can see the mythological mount Olympus with temples, magical waterfalls, and ancient Greek shrines. The beautiful purple sky and clouds in the background portray a perfect fairytale world where fantasies come true. The 5×5 grid located in the center occupies only half the area of the backdrop. Studded with multicolored gems, the slot machine along with its enchanting imagery in the background takes the player to a mystic land of gods.

The game has an untold story of how gems of the gods fall down to bestow riches. It has simple gameplay and no specific plot or storyline except for the main theme. Based on the bets placed players enjoy the destined rewards and eventually decipher the true meaning of the gameplay. 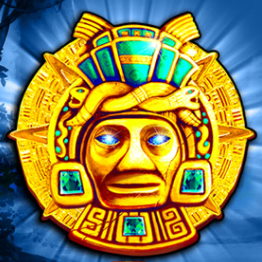 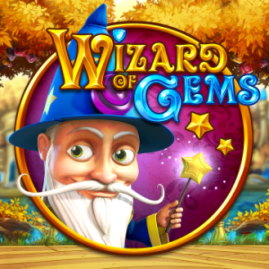 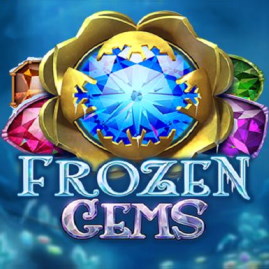 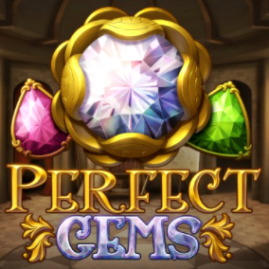 Gems of the Gods Classic Slot Machine: Graphics and Animation

Gems of the Gods is a bright-looking slot with some beautiful graphics. The mystical Greek world depicted in the background is illustrated with soft bright colors. The entire scene looks like an image taken from a comic strip. The bright gems in the slot machine sparkle and shine brilliantly as they cascade down to offer wins. The symbols also include gold coins and golden Wilds that outshine the gems to form winning combinations. The lightning symbol occurs occasionally and sends a spark of lightning across the slot. The lightning event looks brilliant as it magically converts symbols.

All the action takes place within the 5×5 grid or the board and the animation looks quite natural. The slot has a serene sound and the relaxing music makes the graphics look more real. You can turn off the sounds but to enjoy the game thoroughly you need to keep the background music on.

Key Bonus Features of Gems of the Gods Slot

Gems of the Gods is a unique game that works more like a tile-matching video game or puzzle games where matching symbols in a row or column burst to reward wins. The design makes it more addictive as the cascading symbols trigger more wins out of fewer spins. The 5×5 grid remains fixed and only the symbols move. The gems that generate wins vanish and the rest are removed before each new spin but the gold coins remain. The bets are in Euros and there are 12 fixed bet values ranging from €0.20 to €100. The game has some amazing bonus features too. Here is a breakdown of all the important features worth mentioning:

The Lightning feature is a generously rewarding feature that triggers some impressive wins. Whenever a Lightning symbol occurs on the reels, it activates the lightning feature. The symbol blazes into a streak of lightning that spreads across a set of symbols. The lightning changes a few adjoining symbols into a group of same-colored gems and thus triggers multiple wins. Further, the falling symbols may generate more wins. The lightning symbol can occur anywhere and send a bolt of lightning across the grid. The converted symbols usually form multiple winning combinations horizontally and vertically. This leads to a big win at the end of the round.

Gems of the Gods offer a steadily increasing win multiplier that allows the players an opportunity to earn bigger wins on each spin. This is an amazing feature you would rarely find in other games with cascading symbols. As per the feature, whenever the symbols collapse down after a winning combination is removed, the win multiplier increases by 2. Thus, for the first collapse, it turns x2 and the subsequent win is doubled. Again, when the symbols cascade down to the vacant positions, the win multiplier turns x4. Thus, you can earn multipliers up to x8 after a spin. Adjacent to the grid you can find a small list of multipliers that turns blue when any of the multipliers becomes active. Once the symbols bring no more wins, the entire reel resets for the next spin. This automatically changes the multiplier to x1.

The Wild coin in the slot has some unique functions that are quite different from the usual games. Primarily, the symbol Wild occurs only during Free Games. So you need not look for them during the base game. In the base game, only the coin symbol occurs and when a coin symbol reaches the bottom, Free Spins are triggered. The coin symbol that triggers the Free Games round turns wild during the free spins. And you can find the Wild symbol perched on top of the respective reel before the spins start.

During the free spins whenever the wild symbol triggers a winning combination the winning symbols burst away and the symbols above cascade down. This adds a win multiplier to the next win. For each new spin the Wild symbol on a reel shift to the top of the reel. And it cascades down as the symbols fall down after each win. Thus the cycle continues with the Wild always remaining on the board. The feature is quite similar to Sticky Wilds you often come across in slot games. Once the Free Spins are over, the Wild symbols turn back into coin symbols.

The coin symbol with a triskelion sign on it is a special symbol that can trigger Free Spins. It occurs only on reels 1, 3, and 5. As the game begins, you can find the coin symbols located on top of these 3 reels above the board or grid. These coins remain in the same position even when you spin the reels. But if there are any winning combinations that burst away, the coin symbol cascades down along with other symbols. Whenever a coin symbol cascades all the way to the bottom of the reel, 5 Free Games are rewarded. At that time, the coin symbol is converted into a Wild symbol and remains Wild throughout the free spins.

What are the Gems of the Gods RTP & Variance?

Gems of the Gods is an engaging video slot that has an average RTP of 96.55%. This is higher than the average RTP prevalent in the industry. So when it comes to overall returns, players can expect to recover more than 96% of the money they bet. However, this is the theoretical return percentage and individual returns may vary. Apart from an impressive RTP, the game offers low volatile spins. This means players can expect a good frequency of wins. Thanks to features like cascading symbols and win multipliers, the game can offer back to back wins on a single spin.

What symbols to look out for in the Gems of the Gods Paytable?

Gems of the Gods is an extraordinary game that doesn’t involve the usual slot features like paylines or spinning reels. The title has 6 different gems in addition to a Wild, gold coin, and lightning symbol. All the action takes place on a 5×5 grid. The symbol payouts and bonus payouts for the game are explained in the Paytable. To make the most of this slot, it is essential to go through the paytable. Listed below are the major highlights worth noting:

What to play Gems of the Gods Slot?

Gems of the Gods is a low-variance game and you can expect wins frequently. The slot works differently and winning combinations occur whenever 3 or more symbols of a kind occur one after the other in a row or column. Based on the gaming features you can improve your chances of winning more money if you adopt these measures:

From the above review, it is evident that Gems of the Gods slot is an entirely different kind of casino game. Even though it looks complex, the rules are simple and players can easily adapt to the gaming features and options. The returns are impressive and high rollers have a good chance to win big prizes. There are no separate jackpots but the game has inbuilt features that can reap mega wins no less than a jackpot.

You can win more by placing bigger bets. Even though it increases the risk of losing more money, the wins can be quite impressive when they occur.

Yes, you can play Gems of the Gods for free at online casinos that offer the fun version of the game.

There are no jackpots in this game but you can earn big wins during the free spins round.

You can instantly play Gems of the Gods on your phone by opening the game from an online mobile casino that offers Push Gaming contents.

The Gems of the Gods RTP has been theoretically estimated at 96.55 percent. This is above-Average. At Play Real Money Slots we always try to play online slots with an RTP value of 96.00 or higher.

6. What does the Gems of the Gods Paytable look like?

There are 6 main symbols in the gems of the gods paytable. They are all gems. From high to low they are: Red, Purple, Pink, Blue, Light Blue & Green. Furthermore there is a Wild. The Wild symbols substitutes for all 6 main symbols. Paylines are all horizontal or vertical combinations of three or more matching Gems. The 6x combination can be won only in the Free Spins Feature. The highest paying symbol, the Red Gem, Pays out 50 times for a 6x combination.

7. What is the Gems of the Gods Variance?

The Gems of the Gods Variance is low. This means players can expect frequent low level winning combinations.